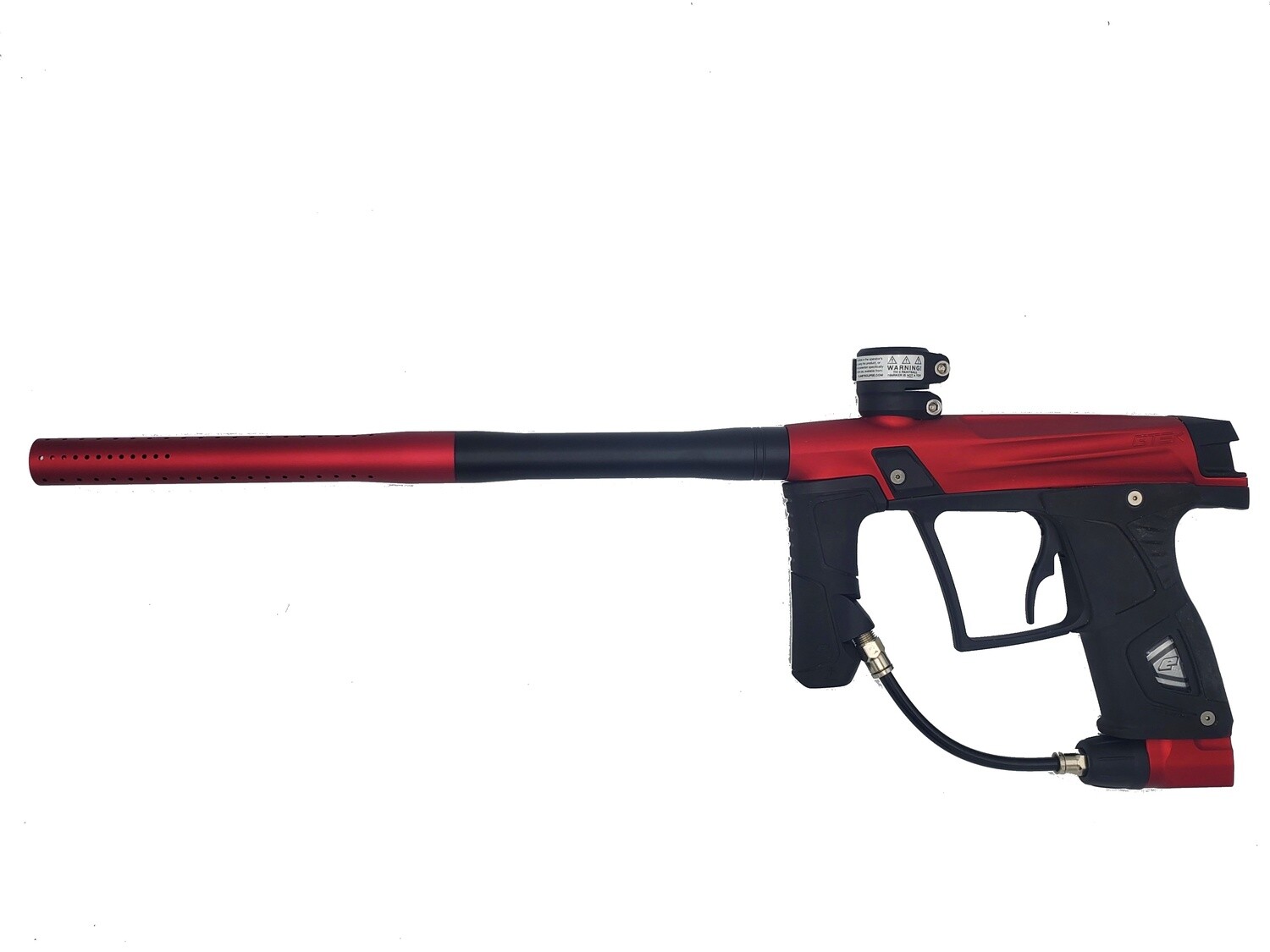 For years the Etek has been the go-to marker for those looking for the ultimate in performance, value and rugged reliability in the mid-range market place. Its stacked-tube poppet valve construction has proven time and again to be the benchmark by which others in this area are judged.

However, at Planet Eclipse we appreciate that not everyone likes the feel or the external moving components of a stacked-tube poppet valve marker. Some players have a clear preference for the simple lines and enclosed bolt system of the single-tube, spool valve platform.

It is for these players that the all new Eclipse Gtek was created. A mid-range Eclipse marker with all the value, reliability and efficiency of the Etek line but with the smooth shooting and quiet sound signature that youve come to expect from a modern single-tube spool valve marker.

Pull up on the quick release back cap and within its compact, lightweight and low-profile body the Gteks all-new and completely unique Gamma Core drivetrain can be found. This new system has been designed and developed to pull off the perfect trifecta of supreme all-weather reliability with optimal shooting enjoyment and exceptional efficiency.

The Gtek has been subjected to and passed the most extreme environmental testing we have ever devised for a new marker. Repeatedly stored at temperatures as low as -20F for days at a time the marker still fires full velocity on the first time of asking, with zero FSDO (first shot drop-off). Cycled for hours at a time at below freezing without stopping to be lubricated, then heated to 100F and cycled for tens of thousands of shots more the Gamma Core is the most robust drivetrain we have ever devised. And its not like our other markers arent amongst some of the most durable out there. But the Gtek takes it to a new level.

The Gamma Core utilizes lessons learned with the IVCore in the Geo line when it comes to making the most of the air used to fire a paintball. Although the operation method of the Gtek is nothing like a Geo it still utilizes the Breech Sensing technology of the IVCore to seal off the firing chamber mid-shot. This means that no tail end air is lost and wasted down the barrel. The Gamma Core traps over 30psi in the firing chamber after every shot. That's 30psi saved per shot over a normal spool valve system.

The Gamma Core also utilizes a unique system where the spool and bolt are completely decoupled from each other and where the air that is used to drive the bolt forward is also released down the barrel and not vented into the atmosphere and wasted like in most other systems. This further improves the efficiency of the system as the only air wasted is that which is used to drive the relatively small spool.

The starting point for understanding the Gteks unique feel and shot signature is the low operating pressure of its Gamma Core drivetrain at only 135psi. Its one of the primary reasons that the marker feels so smooth and has such a quiet sound signature.

Then there is the three-stage bolt acceleration. Each stage tuned to give the perfect balance of exceptional paint handling, efficiency, feel and reliability.

The acceleration profile of the Gtek bolt is very accurately controlled. The initial push-off phase is tuned to give exceptional paint handling ability by very gently picking up the ball to get it moving in the direction of the breech. It maintains this controlled phase as the bolt passes the second ball in the stack to help eliminate clipping that ball. At this point the bolt hits the second phase where the acceleration profile is ramped up in order to give good valve resolution to help efficiency, create a low sound signature and to help maintain high rates of fire. The final stage is as the bolt seals in the breech and the main valve opens to release air behind the ball. This ensures the valve opens cleanly for maximum flow and again, efficiency.

Of course the rest of the Gtek is just as impressive as the new Gamma Core.

The same rugged glass reinforced composites that have been used on the Etek for many years can be found on the Gtek. Gripframe, breech sensor covers, feedtube and OOPS knob are manufactured from this incredibly durable and resilient material. All other components are the same 6061-T6 aluminium that you will find on all other Eclipse markers.

The frame is wrapped in dual-density rubber grips and protect the same circuit board as the Etek5 and like its sibling, the Gtek can be quickly and easily upgraded to full OLED capability without the need to replace the circuit board. Just plug and play.

The SL4 regulator at the front is the same regulator that youll find on the Geo3.5 and LV1.1 Pro. Again, a proven regulator design that has been optimised to work with everything from SLP to HP output tanks with zero effect on performance. Its wrapped in a super-comfy dual-density unibody foregrip sleeve which is perfectly spaced from the frame to give an incredibly stable shooting platform.

And of course there is a new Gtek Shaft4/5 compatible 14.5 barrel tip with extra porting for a reduced sound signature and improved consistency and efficiency. And all packaged in the customary Eclipse zippered hard tin with spares bundle, tool kit, grease, barrel sock and instruction manual.

Designed to strike the perfect balance of on-field performance, comfort, reliability and outstanding value, the Gtek is the marker some people have been waiting a very long time for. And now its here. The Eclipse Gtek.

If you have any question regarding this item, please contact us. 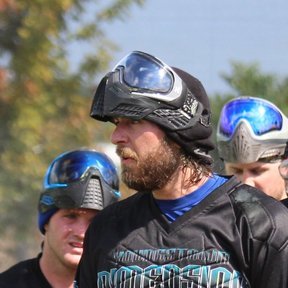